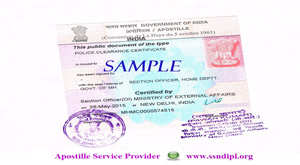 Apostille is the simplified certification of public documents (including notarized), for their international use in all nations that have joined the Apostille Section of the Hague Convention. Signatory countries have agreed under the Apostille Section of the Hague Convention to recognize public documents certified by the “Apostille”. This certification ensures that public documents are valid within the country where the document was originally issued or notarized. The main function of the Apostille is to certify the authenticity of the signature on the document (i. e: State Registrar, County Clerk, Judge, Vital Records Officer or Notary Public). The Apostille also certifies the capacity in which the person signing the document acted and the identity of any stamp or seal affixed to the document. The Apostille is a one page document embossed with the Great Seal of a State (see sample image) and includes the facsimile signature of the individual issuing the certificate. There are currently over 75 member states of the Hague convention, and in the future, many other countries will join the Apostille Section of the Hague Convention to be able to recognize the Apostille for the international legalization of documents. The Apostille is applied only to public documents, signed by an authority or official connected with a court or tribunal of the State (including documents issued by an administrative, constitutional or ecclesiastical court or tribunal, a public prosecutor, a clerk or a process-server); administrative documents, notarial acts, and official certificates which are placed on documents signed by persons in their private capacity, such as official certificates recording the registration of a document or the fact that it was in existence on a certain date and official and notarial authentications of signatures. Almost every kind of document including: Birth Certificate, Adoption Certificate, Marriage Certificate, Divorce Decree, Death Certificate, Power of Attorney, School Diploma and/or Transcripts, Corporate Documents, Affidavits, Identity documents and/or Passports, Deeds and Wills, Agreements, Bills of Sale, Proof of Ownership, Private Documents. 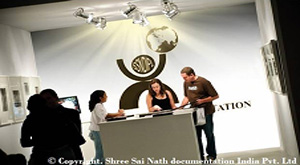 The literary meaning of the Attestation is “The act of attending the execution of a document and bearing witness to its authenticity, by signing one's name to it to affirm that it is genuine. The certification by a custodian of records that a copy of an original document is a true copy, which is demonstrated by his/her signature on the certificate. The attestation authorities for general documents in India are Notary Public, any Principal of a Secondary or Higher Secondary School or College or University, any Section Officer or Gazetted Officer of Government of India etc. but points to be noted that the above said authorities are entitled to attest the true copy of the documents. When an individual is planning to go abroad, then the individual’s original testimonials to be attested and to attest the same, Ministry of External Affairs, Government of India, has gave the power to various State’s Home Department, General  Administrative Department, Higher Education Department or Sub Divisional Magistrate, New Delhi etc.  After completion the attestation process from the above said authorities in India, the documents could be attested by the Ministry of External Affairs, New Delhi further it may be attested by the respective Embassy 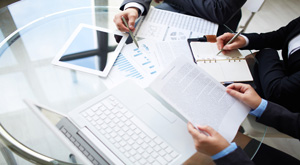 Authentication is the act of confirming the truth of an attribute of a datum or entity. This might involve confirming the identity of a person, tracing the origins of an artifact, ensuring that a product is what its packaging and labeling claims to be, or assuring that a computer program is a trusted one.

There are three types of techniques for doing Authentication

The first type authentication is accepting proof of identity given by a credible person who has evidence on the said identity or on the originator and the object under assessment as his artifact respectively.

The second type authentication is comparing the attributes of the object itself to what is known about objects of that origin. Attribute comparison may be vulnerable to forgery. In general, it relies on the fact that creating a forgery indistinguishable from a genuine artifact requires expert knowledge, that mistakes are easily made, or that the amount of effort required to do so is considerably greater than the amount of money that can be gained by selling the forgery. Criminal and civil penalties for fraud, forgery, and counterfeiting can reduce the incentive for falsification, depending on the risk of getting caught.

The third type authentication relies on documentation or other external affirmations. For example, the rules of evidence in criminal courts often require establishing the chain of custody of evidence presented. This can be accomplished through a written evidence log, or by testimony from the police detectives and forensics staff that handled it. Some antiques are accompanied by certificates attesting to their authenticity. External records have their own problems of forgery and perjury, and are also vulnerable to being separated from the artifact and lost.

Currency and other financial instruments commonly use the first type of authentication method. Bills, coins, and cheques incorporate hard-to-duplicate physical features, such as fine printing or engraving, distinctive feel, watermarks, and holographic imagery, which are easy for receivers to verify.

Consumer goods such as pharmaceuticals, perfume, fashion clothing can use either type of authentication method to prevent counterfeit goods from taking advantage of a popular brand's reputation (damaging the brand owner's sales and reputation). A trademark is a legally protected marking or other identifying feature which aids consumers in the identification of genuine brand-name goods 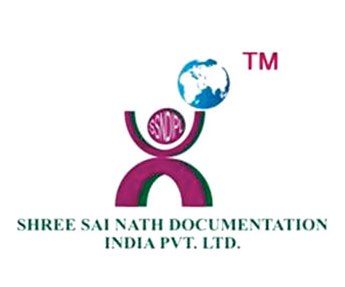 Shree Sai Nath Documentation India Pvt. Ltd was incorporated in 1998 with a strong vision and mission, which leads the organization to fetch the fame and leadership in the field of Attestation Authentication Apostille Legalization UAE Embassy Attestation Service provider in India for all Indian Documents. The company was started its operation as Shree Sai Documentation from New Delhi, and within a short duration of time the company has achieved to prove its expertise and managed to boost customers database upto 40000, which leads the company towards a LimitedLiability firm and the same time the company is registered from Ministry of Corporate Affairs, Government of India.

The Board of Directors of the Company are well capable and enough experienced to provide hassle free, cost effective, on time and door step services to its valued customers. To maintain the organization’s commitment on top, the organization has scheduled Training Session on every last working day of each month to download the changes or new procedures of Attestation Authentication Apostille Legalization Embassy Attestation as prescribed by Honorable Government of India from time to time, to its employee. The company’s fair practice policy and integrity policy for both internal and external customers has make it the most respectful company in the same field in India.

Quickly Find What You Are Looking For

We are Provide All Type of Indian Educational, Non Educational and Commercial Documents or Certificates Attestation, Apostille, Legalization Services Provider